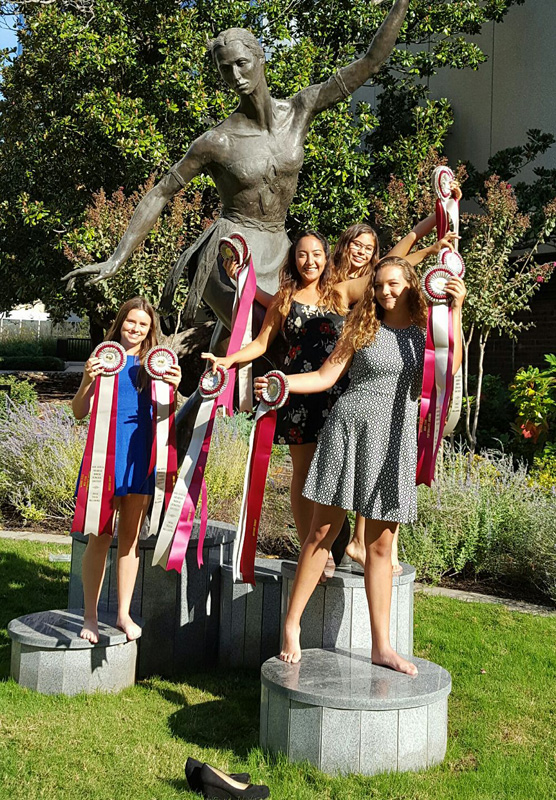 AHA sent an email blast in September that they were offering a youth judging team scholarship. Natalie saw this and immediately went to work. She contacted other girls that she had been on teams with previously to see if they'd want to participate and go again. Despite the last minute proposal, they all said yes! She then wrote an essay and applied for the scholarship. They ended up winning the scholarship so now they all had to try and get the time off work and get reservations made.

The three teammates made it happen and reunited to compete again, this time in the senior division. The teammates were Danielle Garcia, Kate Day, and Natalie Zavala. In the end, they all received both top ten awards individually and team awards. Natalie was reserve champion overall and first in individual reasons, earning a school scholarship. This was a great feat because it was on nobody's radar this year.

The girls brushed up right beforehand but went with no practice contests or a coach. They just relied on the foundation training received years prior as juniors. They are already planning to compete again next year, in addition to being coaches/mentors for a junior team. AHASFV is looking forward to supporting both teams and we can't be more proud of their girl power, determination, and desire to pay it forward. 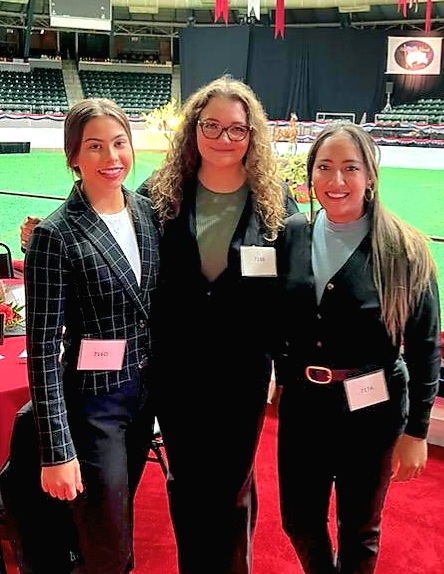 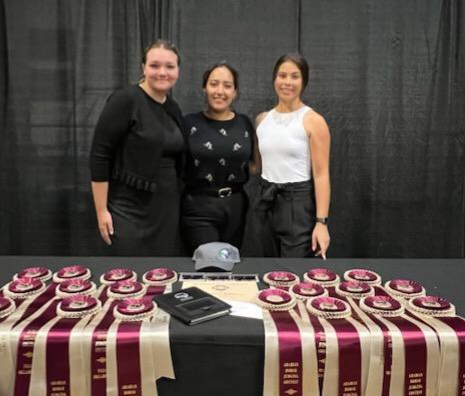 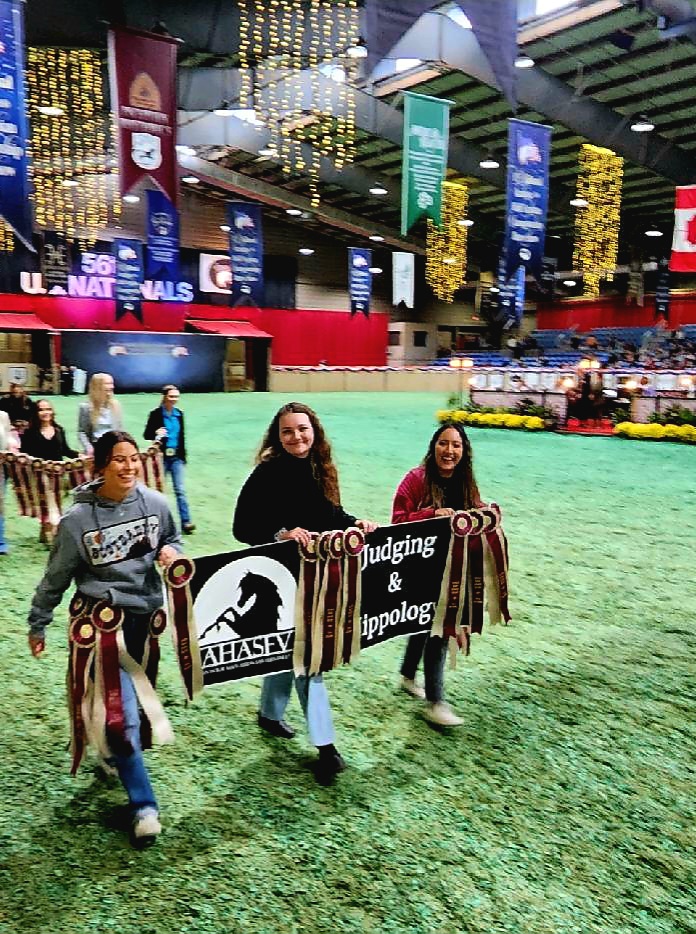 The Region 2 Scholarship winner Lizzie Lazear, graduate of Louisville High School in Woodland Hills, will be attending Cal State University Monterey Bay where she will be studying Marine Science, was also lucky enough to receive an additional scholarship from the Arabian Horse Foundation in the amount of $1,000.

Lizzie has been very active since 2015 with volunteering, participating in Hippology competition, continuing acts of service the the AHASFV Club, becoming a youth board member as treasurer coming into the Arabian Community through Taking The Reins. 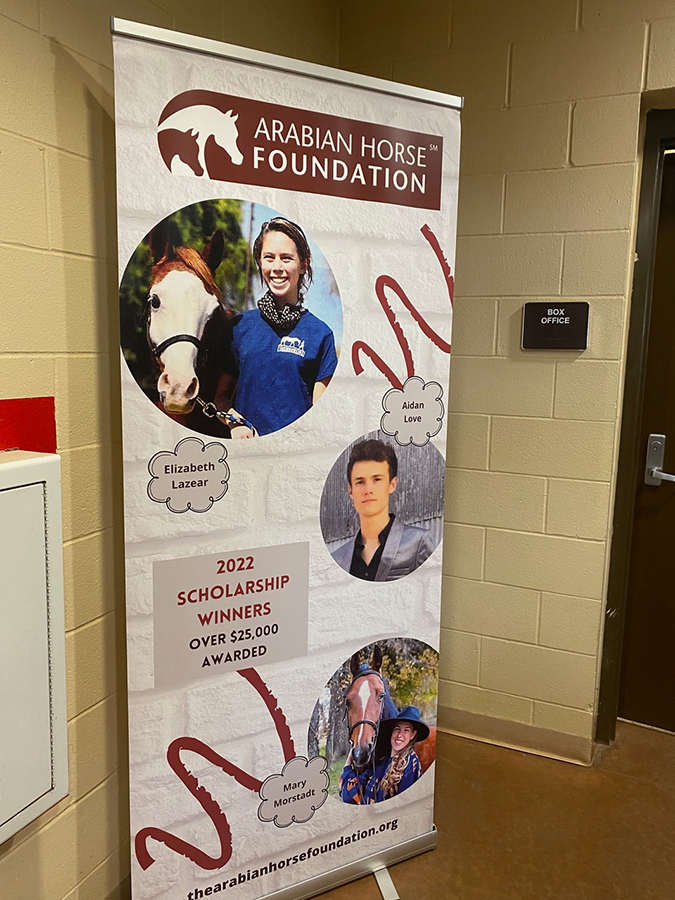 "Lizzie Lazear was introduced to the Arabian horse through Taking the Reins, where they have been participating in the equine classes along with their other programs since 2015. Through AHA, you would often find them volunteering endless hours of time handing out ribbons, opening and closing gates and many other volunteer duties at several horse shows every year, including this very Championship show. They have accumulated countless hours, studying and participating in our Region's youth judging and hippology contests.

In 2020, they participated in the National Hippology competition in October. They have continued their acts of service to our organization through AHA of San Fernando Valley as well as becoming a youth board member for Region 2 as the treasurer. Graduating from Louisville High School in Woodland Hills, Lizzie will be attending Cal State University of Monterey Bay where they will be studying Marine Science. They credit their love of public speaking, self-confidence and the joy of service to their years being a part of the Arabian Horse Association, their time at Taking the Reins, and the mentors and friendships they gained along the way. Lastly, a message of thanks to the Region 2 Scholarship committee: Thank you for this award and for believing in my future." 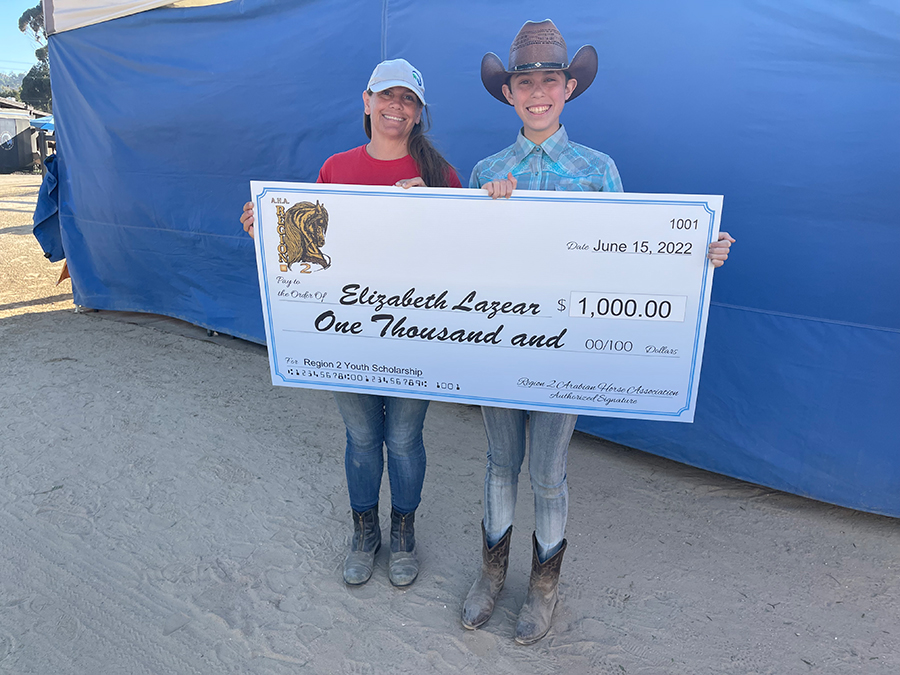 "The Arabian horse has enriched my life in countless ways, most significantly, working with them provided me a clear pathway for getting to and then through my college experience. I first got my introduction to the Arabian horse and eventually Region 2 through the non-profit Taking the Reins. This organization located in Los Angeles opened my eyes and gave me the resources I needed to explore a life outside of my low-income and under-resourced community. My mentors readily supported me as I became more involved in the Arabian horse community and helped to push me in becoming a well rounded horsewoman."
"More specifically, it is through the support of Region 2 and AHASFV that I was able to compete on the youth hippology & judging team at a National level for many years and ultimately set me up for success as I embarked my college experience with the Region 2 Youth Scholarship. I am the daughter of a single mother, who despite her best efforts was financially unable to sustain a college student. The Region's support therefore gave me the freedom to transplant my life to UC Santa Cruz and helped pay for the basic necessities of life as a student: including books, food, and most importantly housing."
"Now that I find myself at the end of that 4 year  undergraduate journey, I feel blessed to have had this community and Arabian horses in my corner for every step of the way. Without this motivation and contribution, finishing college early as both a sociology and community studies major would have been unfeasible. I am eternally grateful to everyone that has contributed to my success and am honored to be a part of AHA. My love for the Arabian horse has been nurtured in this space and as a recent first time Arabian horse owner I never see myself removed from this community. Our shared admiration of the love, grace, and intelligence that the Arabian horse brings to our lives is able to transcend ideologies and barriers that limit opportunity and instead allows us to contribute to each other’s lives in meaningful ways."
~ Danielle Garcia 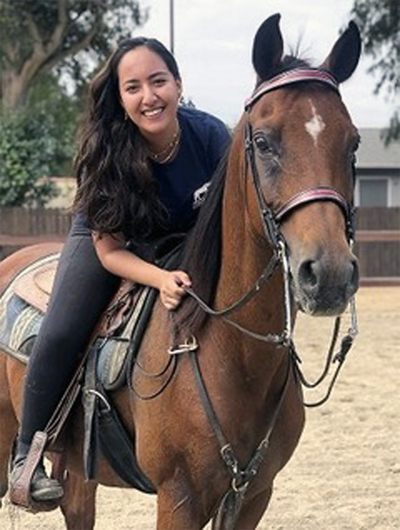 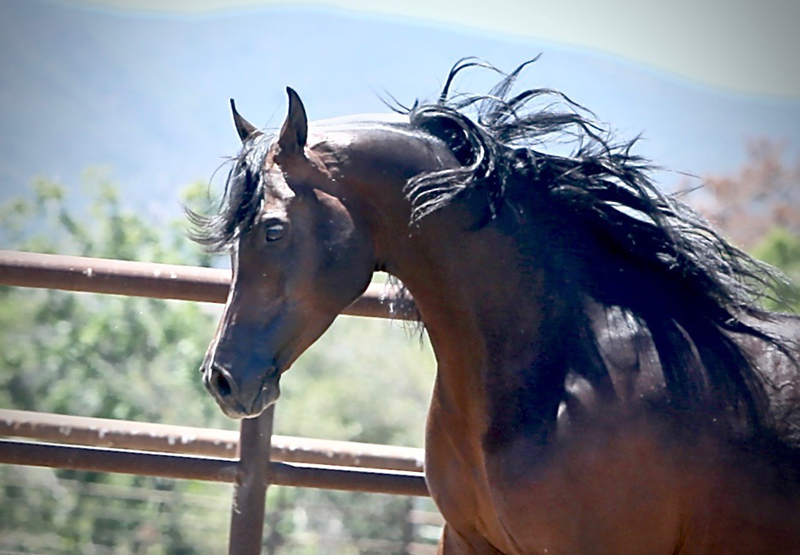 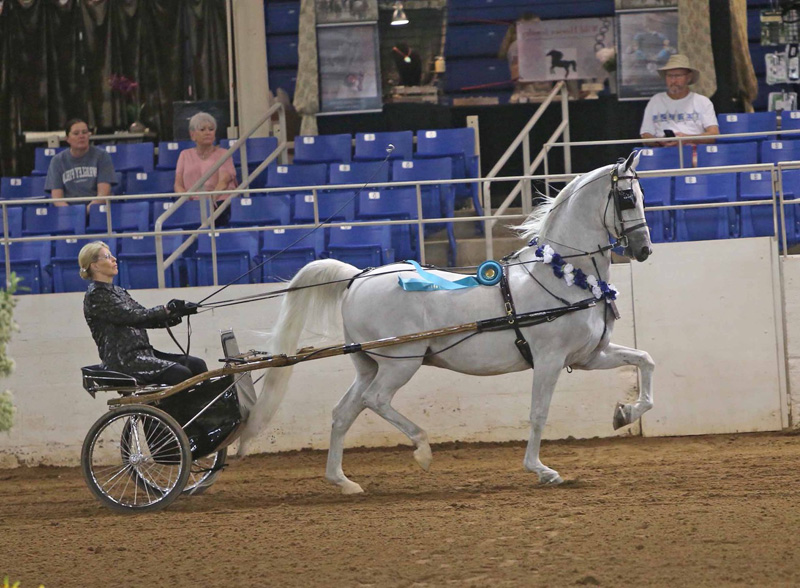 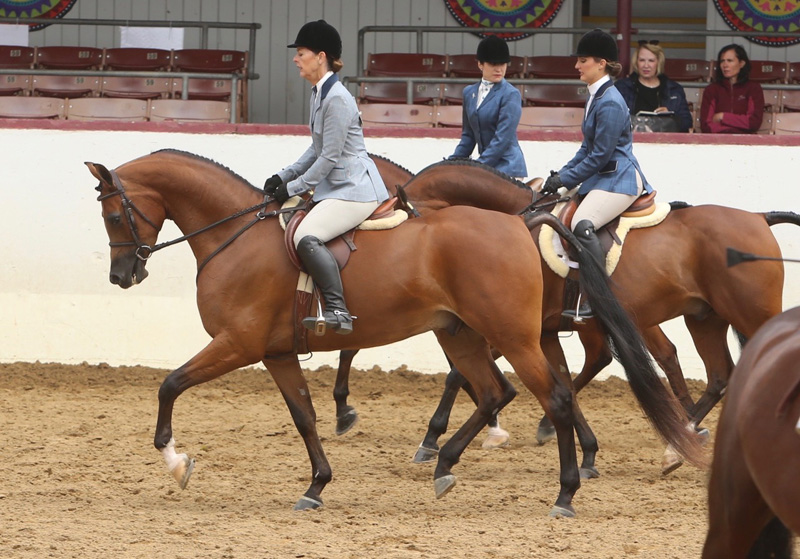 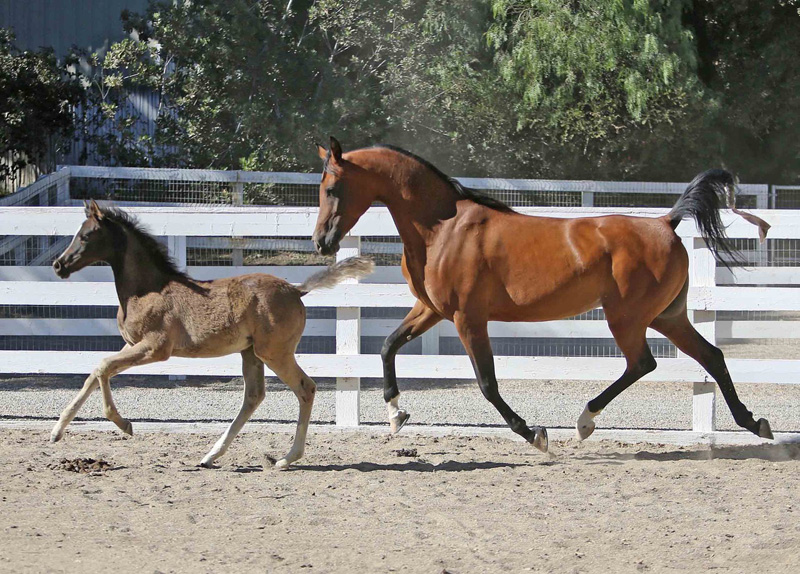 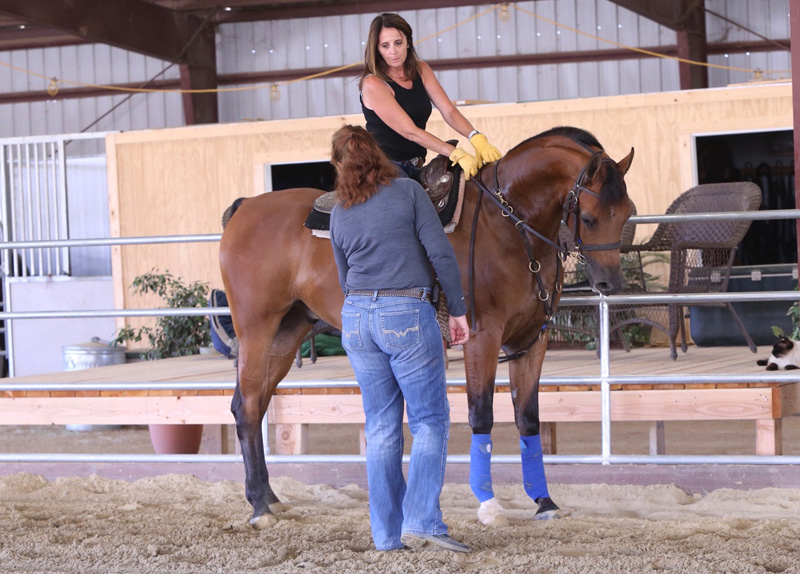 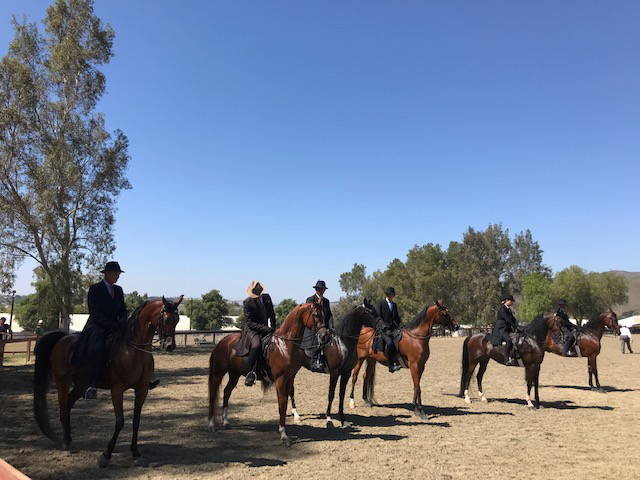 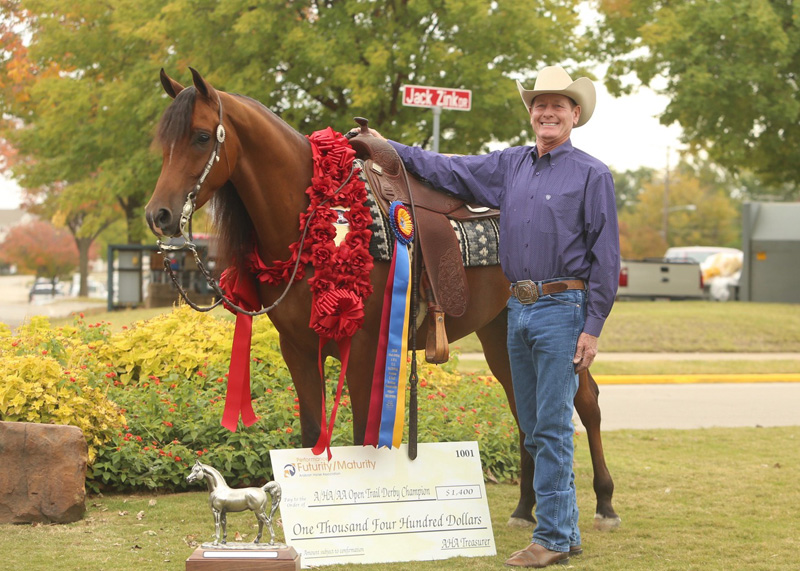